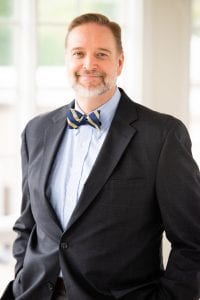 Attorney Robert J Reeves is a founding member of the firm and has been a practicing trial attorney for over 30 years. He was born in Atlanta and grew up in Valdosta, Georgia. Being raised in a small town gave him strong work values. He graduated from Valdosta High School with honors in 1979 and enrolled in Valdosta State College where he completed his pre-nursing curriculum. Mr. Reeves then transferred to the Medical College of Georgia where he graduated with honors with a Bachelor of Science Degree in Nursing (BSN) in 1984. Mr. Reeves was subsequently accepted to law school at the University of South Carolina where he graduated in 1989 with a Juris Doctor (JD) degree. He was admitted to practice law in South Carolina in 1989 and North Carolina in 1996.

Before becoming a lawyer, Mr. Reeves was a Registered Nurse (RN) who worked in intensive care (ICU) and later outpatient surgery. He understands first hand from being a health care provider what it is like to treat and care for people who have been seriously injured in automobile, large truck, motorcycle accidents as well as injured workers hurt on the job. He has been helping families get through some very difficult times for almost 30 years.

After graduating from law school, Mr. Reeves started his career as an insurance defense lawyer for the first seven (7) years during which time he advised adjusters on claims and case strategy. From this experience, he learned how insurance companies evaluate claims, what motivates them to settle, and how to prepare cases for trial if a fair settlement cannot be reached. Insurance companies know which lawyers routinely settle their cases and which ones will go to court. This critical distinction can make a real difference in achieving the best results for clients and their families.

Mr. Reeves has been inducted into the Million Dollar Advocates Forum. This professional organization is limited to the top trial lawyers in the country who have attained a verdict or settlement in excess of $1 million dollars. Less than 1% of all lawyers in America are members of this group. He has also been admitted into the National Trial Lawyers Organization Top 100 Lawyers as well as the SC Super Lawyers for 2012.

As a personal injury / workers’ compensation attorney, Mr. Reeves has dedicated his practice to representing seriously injured persons and their families and help get them through some of the most traumatic times of their lives. As a criminal defense lawyer, he applies his considerable trial skills to aggressively defend those persons wrongfully accused of a crime.